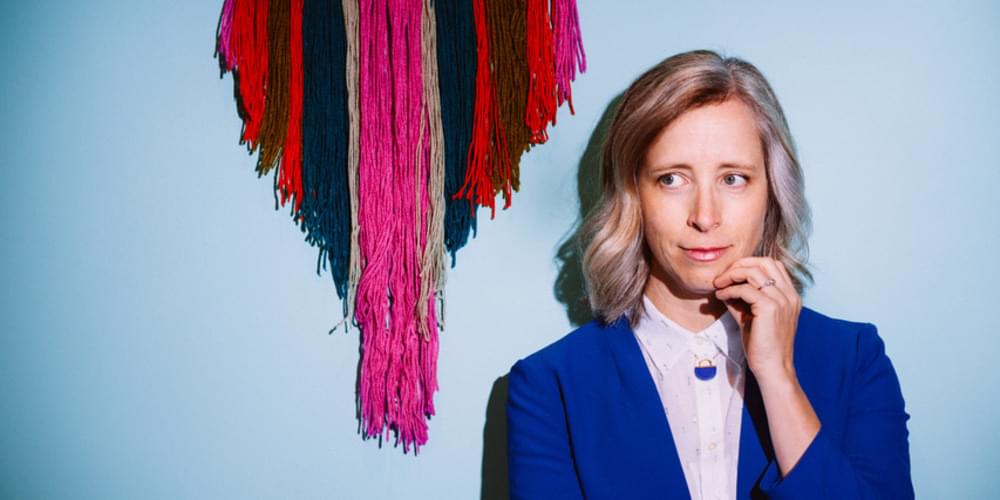 A prolific songwriter for nearly twenty years, Laura Veirs proves the depth of her musical skill on her tenth solo album, The Lookout, released 13th April via Bella Union. Here is a batch of inimitable, churning, exquisite folk-pop songs; a concept album about the fragility of precious things. Produced by Grammy-nominated Tucker Martine, Veirs’ longtime collaborator, The Lookout is a soundtrack for turbulent times, full of allusions to protectors: the camper stoking a watch fire, a mother tending her children, a sailor in a crows nest and a lightning rod channelling energy. Veirs has shared a video to the track “Everybody Needs You”, directed by Lance Bangs, which can be viewed HERE, while the album is available to preorder here.

“The Lookout is about the need to pay attention to the fleeting beauty of life and to not be complacent; it’s about the importance of looking out for each other,” says Veirs. “I’m addressing what’s happening around me with the chaos of post-election America, the racial divides in our country, and a personal reckoning with the realities of midlife: I have friends who’ve died; I struggle with how to balance life as an artist with parenting young children.”

Written and produced on the heels of Veirs’ acclaimed album with Neko Case and k.d. Lang (case/lang/veirs), The Lookout integrates the fluency of collaboration with Veirs’ notorious work ethic. The twelve songs on the album are the result of a years’ worth of daily writing in her attic studio in Portland, Oregon.

“Twenty years ago when I was just starting out with my punk band, it never occurred to me to write five versions of a song,” says Veirs. “I’ve learned to see how malleable lyrics and melodies can be. I have more tools as a musician so I write many versions of songs until I find the right fit.” Such range is demonstrated on the operatic vocals of “The Meadow” and the intricate finger picking on “Watch Fire.” “The Lookout,” the album’s title track, is an ecstatic anthem to trusted relationships.

The Lookout draws on the talents of a time-tested crew of musicians: Karl Blau, Steve Moore, Eli Moore, Eyvind Kang and Martine. Says Veirs, “These guys are a good hang, ego-free and wonderful players who just want to serve the songs.” Sufjan Stevens and Jim James provide guest vocals.

For Martine, who fell, almost two decades ago, for Veirs’ unique sound after listening to a tape cassette she’d sent him in the mail, this album reflects a bar that keeps getting raised. Both familiar and strange, The Lookout gets better with repeated listens, warming to the skin like a cherished saddlebag, critical for the journey ahead.

The Lookout will be released 13th April via Bella Union.

Led to Sea is a magnetic chamber-pop ensemble led by Seattle-based violist, violinist, composer and singer Alex Guy that fuses classical, pop and experimental music. Her solo show has captivated audiences all over the U.S. and Europe, and draws comparisons to St. Vincent and Andrew Byrd. As a musician Alex has performed and collaborated with a virtual whose who of bandleaders, composers, improvisers and jazz musicians in the Pacific NW and beyond. Notable collaborators include Sera Cahoone, Jerek Bischoff, Laura Veirs, Ahamefule Olou, Wayne Horvitz, The Seattle Rock Orchestra, Mirah, Amanda Palmer, Xiu Xiu, Paranthetical Girls and many more.

Press for Led to Sea:

"Led to Sea blew the audience away...You could identify people in the audience who had not seen her perform before because they were picking their lower jaws up off their tables. The performance was nothing short of enigmatic. The layered viola melodies coupled with an incredible voice was enough tohypnotize me for the duration of her set." — Bellingham Herald