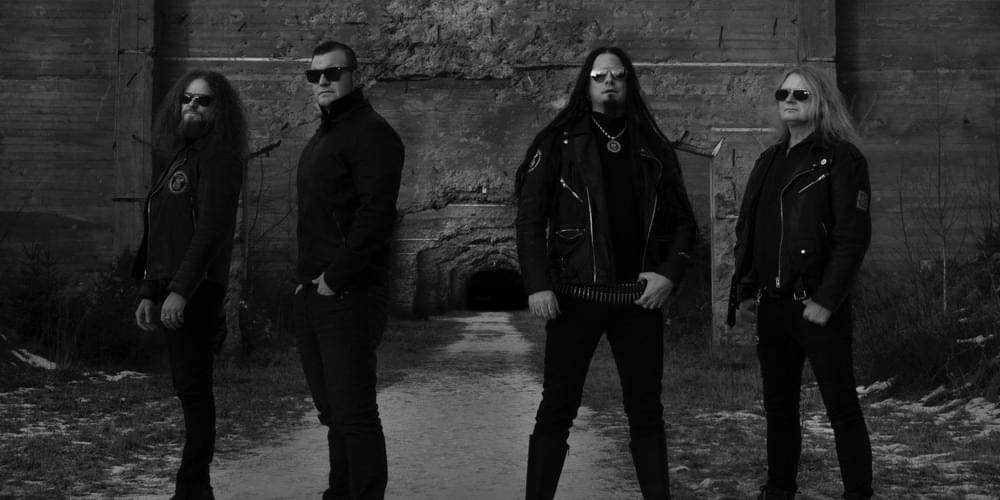 For one last time, infernal hard rockers CHROME DIVISION will let their engines roar. After 5 full length albums and the band celebrating their 15th anniversary in 2018, the Norwegians led by DIMMU BORGIR’s Shagrath have decided to lay the band to rest after »One Last Ride« - but not without a massive bang that will once again make the earth shake! Four years after »Infernal Rock Eternal«, CHROME DIVISION brewed a new masterpiece crackling with metallic energy and spinning wheels, ready to be unleashed on November 16th.

„We get together every Tuesday at 6 o’clock, it‘s a tradition”, Shagrath explains the songwriting process. “We jam in the rehearsal room and I usually just put up my recorder and see what comes out of it. After quite a long time we ended up with a bunch of riffs and material for songs – we had about 2,5 hours of music! And although we’re all quite busy with our other projects, Mister Damage and I started to slowly put together some structured songs. CHROME DIVISION’s music is about living in the moment and being spontaneous and we don’t think too much about our songs – if we like them, we use them!”

Their spontaneity was also challenged when the band once again had to swap their lead singers, but after the departure of their latest singer Shady Blue, the band decided complete their ‚circle of life‘, and invited Eddie Guz – the band’s original singer who left in 2009 - back to sing on their final record just like he did on their first two.

“We had this collection of songs for quite a long period of time, but Shady Blue, our previous singer, decided to part ways and for a time we weren’t sure what to do – should we continue or not? Eddie was very eager to get back and he started to write lyrics for the new album. And the concept of the album is about burying the project after 5 records.”

For their last journey, the band recorded their tracks inside Studio Nyhagen Böverbru Toten and in order to create a contrast to their testosterone laden music, CHROME DIVISION’s last album will feature a very special guest: “I think ‘Walk Away in Shame’ has a different approach and it’s one of the happier songs. We wanted to create some interesting breaks in the album that are slightly different, so we invited the pop singer Misssela. She has a great soul voice in the style of Beyoncé and we thought it was a good idea and it turned out to be something cool and different.”

The special edition of the album will also contain a Spanish version of their rock anthem ‘I’m On Fire Tonight’ titled ‘Esta Noche Va A Quemar’. Shagrath comments: “Eddie Guz is actually from Chile, but that’s not the main reason why we decided to record a version in Spanish. Since we have so many fans from South America, we wanted to show our appreciation and thank them for their eternal support by recording this track!”

Due to the very busy schedule of guitarist Shagrath’s schedule with his main band DIMMU BORGIR, CHROME DIVISION have no live shows at the horizon at the moment, but still plan to bring their infernal rock anthems to the stages – possibly even as soon as February:

“Touring is always a challenge – all of us are very eager to hit the road, but of course it’s not easy to fit it into our schedules. We wish we could and we will try to fit some selected shows in and especially play some festivals, but of course I can’t be in two places at once. I really love playing with CHROME DIVISION though, and I enjoy doing something completely different.”