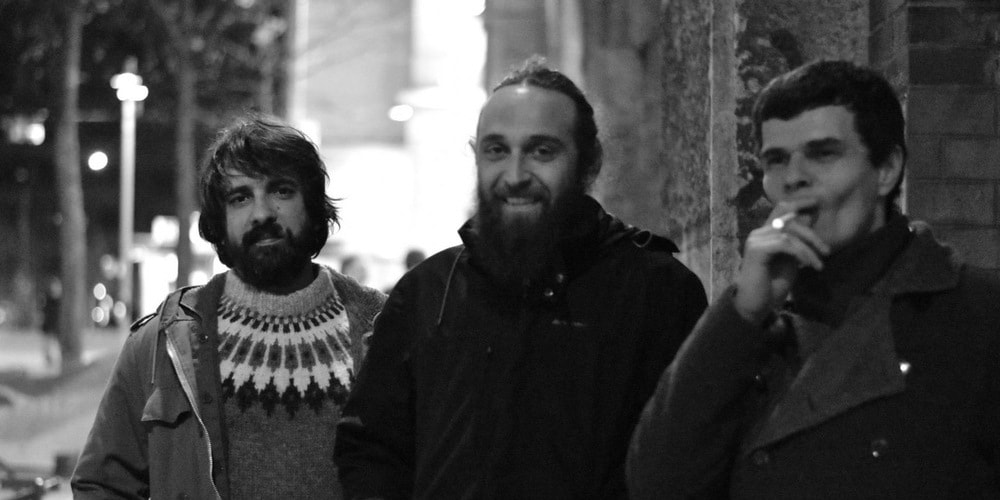 10,000 Russos are a formidable force within modern psychedelia; their industrial psych/post-punk has been charming fuzz-heads across the globe with its stomping, shamanic mantras and otherworldly krautrock slant.
During the last 9 years, the portuguese band produced 4 LPs (3 on Fuzz Club Records) as well as split records with the likes of Oscillation and RMFTM. They toured heavily with 6 europeans and 1 mexican tour as well as presence on the principal festival within their genre.
During 2020, Russos had changed one band member (André Couto on bass left, Nils Meisel arrived on synths), changed their sound direction and recorded one LP, that will be out on Fuzz Club in September 2021.

The Milan based post-punk band, without doubt one of the loudest and most extreme of the Italian scene, is going to release their first live album for the London-based label Fuzz Club Records, an international cornerstone of the noise-punk/psychedelic music scene.

Radar Men From The Moon is an experimental group from Eindhoven (NL) associated with the modern psych-rock scene. RMFTM’s music is known to change with every album. With the addition of a second drummer and vocalist, their new album, ‘The Bestial Light’, out May 8th 2020 via Fuzz Club Records, has evolved into something they call ‘Acid Metal’; a blend of heavy rhythms and post-punk sharpness.