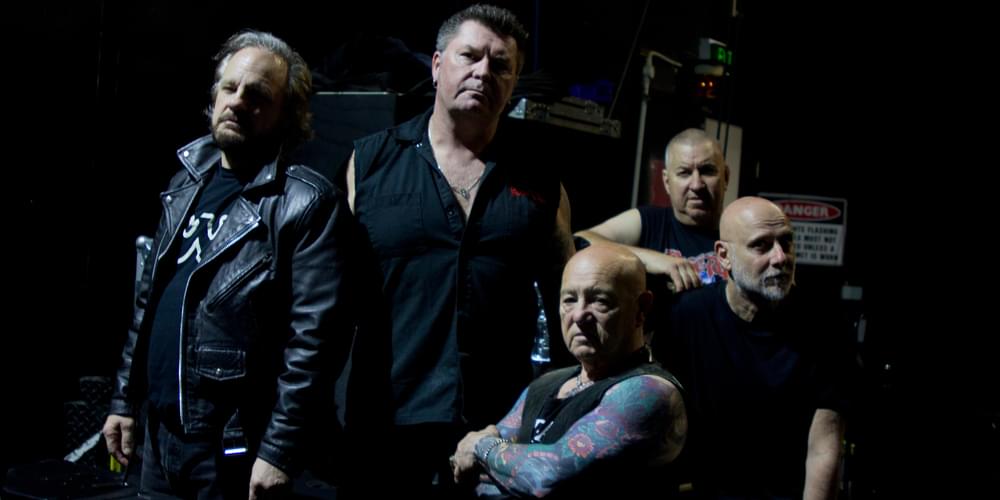 The wise amongst us have always said ”never say never” so with the spirit of that in mind..’here we go again!’.
I’m very excited to be going out again as Rose Tattoo, 100% adrenalin fueled Aussie rock ‘n’ fucking roll, played in the traditional Aussie way with passion and total commitment to the moment.
As there is no permanent Rose Tattoo line up at the moment, until Demarco gets out, I have assembled the finest bunch of rogues, worthy to wear the colours, to accompany me into the fray.
Dai Pritchard on slide off course, in my eyes he has no equal.
Second guitar is Bob Spencer, a monster of a player, one of the greatest players I have ever seen and has been a close friend, brother and ally for the past forty years.
Mark Evans on bass, his pedigree is enshrined in Aussie rock history.
Keeping the seat warm for Demarco is the legendary drummer John ‘Watto’ Watson, another monster of a player, together the boys and I will continue Rose Tattoo’s legacy.
You the loyall supporters and you the newly found friends deserve nothing but the best and that’s just what you will get!..Be there or be square!..

Rose Tattoo is an Australian rock and roll band, now led by Angry Anderson, that was formed in Sydney in 1976. Their sound is hard rockmixed with blues rock influences, with songs including "Bad Boy for Love", "Rock 'n' Roll Outlaw", "Nice Boys", "We Can't Be Beaten" and "Scarred for Life". Their first four albums were produced by Harry Vanda and George Young who also worked with AC/DC. They disbanded in 1987, subsequently reforming briefly in 1993 to support Guns N' Roses on an Australian tour. They reassembled again from 1998 and have since released two more studio albums.

According to Australian rock music historian Ian McFarlane, Rose Tattoo are "one of the most revered bands of all time. The Tatts played peerless, street-level heavy blues with the emphasis on slide guitar and strident lyric statements". Guns N' Roses, L.A. Guns, Keel, Nashville Pussy, Motosierra, Pud Spuke Helen Schneider, and the Uruguayan band The Knight's Night have covered Rose Tattoo songs. On 16 August 2006, they were inducted into the Australian Recording Industry Association (ARIA) Hall of Fame. Six former members have died in recent years including four of the original recording line-up, Dallas Royall (1991), Peter Wells (2006), Ian Rilen (2006), Mick Cocks (2009), and Lobby Loyde (2007), who was a member between October 1979 and September 1980, and Neil Smith (2013), who played bass temporarily prior to Loyde.