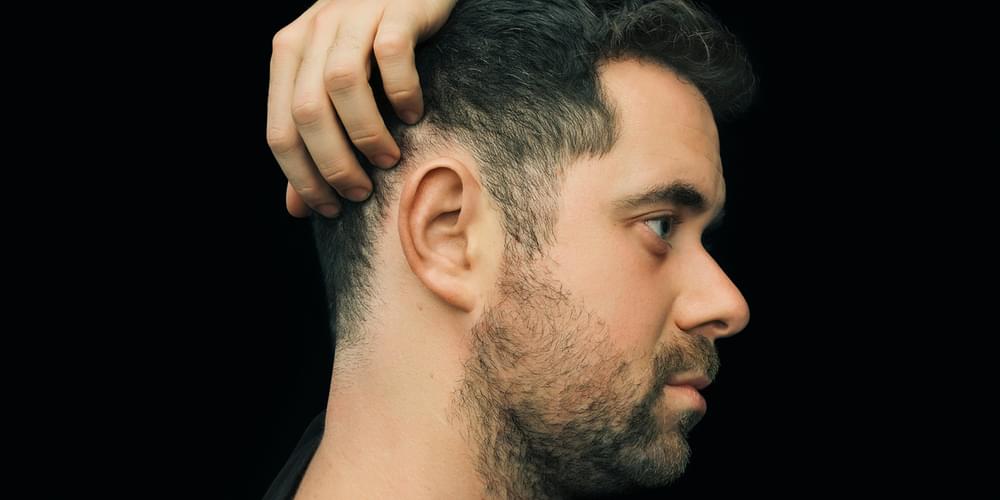 Dans ma main, the sophomore release by pianist and composer Jean-Michel Blais, is an expansive album of post-classical piano with strands of electronic detail. Blending his conservatory skill and precise pop sensibility with synthetic accompaniment, Blais creates unique environments where the piano’s intimacy can be subtly disrupted at any time.

Blais sets the stage with gentle, consonant album opener “forteresse,” a reversed cascade of high tones and accidental ambience. As he describes it, “The fortress is our pillow, our bed, our house, our city where we safely rest at night, allowing our mind to ramble, floating between consciousness and id, darkness and lucid dream.”

Largely composed in one week of open exploration, Blais comes closer to the improvisational source of his writing, painting impressionistic stories within the fluid, indefinite outlines of dreams. Dans ma main rolls like clouds of nostalgic fog blown away on a clear wind, at once recalling and signifying the end of Il, his critically acclaimed 2016 debut album.

By contrast, Il was written and recorded by Blais over two years, culled from rolls of accumulated experimentation into an enchanting, unignorable arrival. Il unearthed an unknown musical imagination, with overwhelmingly intimate compositions cloaked in the romantic din of Montreal city noise. The debut album would go on to amass 50 million streams worldwide, reaching #1 on Billboard’s Classical chart in Canada 14 times, and transforming audiences globally.

On Dans ma main, tempted by a tangent first explored on Cascades, his 2017 collaborative EP with Grammy-nominated electronic producer CFCF – born from a featured performance at 2016’s Red Bull Music Academy – Blais steps out with an artistic statement that both reaffirms and refutes his post-classical stature. The disparate universes within Dans ma main are so seamlessly entwined that they appear borderless.

The first single, “roses,” is a binary journey, softly oscillating between despair and hope. Oblique turns meet familiar resolve, as warm chords reference Radiohead’s “Pyramid Song,” and Eric Carmen / Celine Dion’s “All By Myself,” in sharp counterpoint to

Rachmaninov’s Concerto No. 2 – an unexpected, but intentional cross-hatching of high- and low-art. Its emotional arc – optimistic and funereal – closes soundly with the glint of cinematic strings.

The pulsating and elastic “blind” captures the grace with which Blais traces this genre dance. “Built as a subtle transition from acoustic to electronic, the piece blends styles, deconstructs categories, pushes back boundaries alongside a spectrum reflecting our human potential to self-transcendence,” Blais describes. “Might we be blind at night, at least we aren’t deaf.       Dans ma main explores an everyday life awash in spirituality, stemming from Blais’ interplay with music as therapy. Compelled by the cathartic air that audiences exude in his pin-drop performances, Blais considers how music has served as a tool of wellness in his own life. From his prior career in special education, to the role classical and ambient music played soothing the Tourettic symptoms he experienced as a child, Jean-Michel’s new compositions subconsciously call upon these periods of his life, reimagining a serenity he had only experienced seated at the piano.

Decidedly not limited to the keys as his compositional palette, Blais’ music is imbued with an emotional depth that belies its wordlessness. His playing and composition are poetic in themselves, with an inspired understanding of the inherent lyricism in instrumental music.

Borrowing imagery from the words of singer-songwriter Safia Nolin on “igloo,” Blais’ interprets the lonely nights where, “wandering like an amnesic ghost,” one can find oneself within its own shadowy reflections, a nostalgic incursion into a person’s vintage recollections.

Yet perhaps in the album’s most unexpected turn, on closer “chanson,” Blais reveals his own hidden falsetto, trilling like adjacent keys in a nearly wordless lilt. Ironically, the only discernible meaning he sings: “I speak.” Blais presents the human voice as another instrument, resting vague in its definition, so emphasizing the listener’s active role in projecting and interpreting itself. As Blais says, “What one hears becomes more relevant and telling than what is said.” More than Blais’ mastery of composition x improvisation, greater than his ability to touch and confront emotion – including the pain of even death (“roses,” and “a heartbeat away”) – is his ability to challenge listeners. The title track, “dans ma main,” and by extension the album as a whole, is about Blais’ conscious decision to pursue the unknowns of a musical path.

Growing up in rural Quebec, Blais began writing original compositions by age 11, and by 17 was invited to the Trois-Rivières Music Conservatory. However, the constraints of formal training drew Blais off this musical course, putting aside his piano until years later, settling in Montreal, he rediscovered his love.

The result, as Blais’ body of work unfurls, is the creation of a new musical forum where freshly sounded notes bounce back instantly with the magic and wisdom of shared space. Dans ma main captures but one moment of this infinite lineage, but with it comes the reminder of all the energy we hold in our own hands, in this moment. As Blais says:

“Like pieces of an unclear puzzle, a melting mirror, hope lays right there, into our singular hands, with which we love, we fail, we pray, we steal, we give, we try, we pay, we pluck, we muff, we scratch, we touch, we play, we hold each other’s hands.”