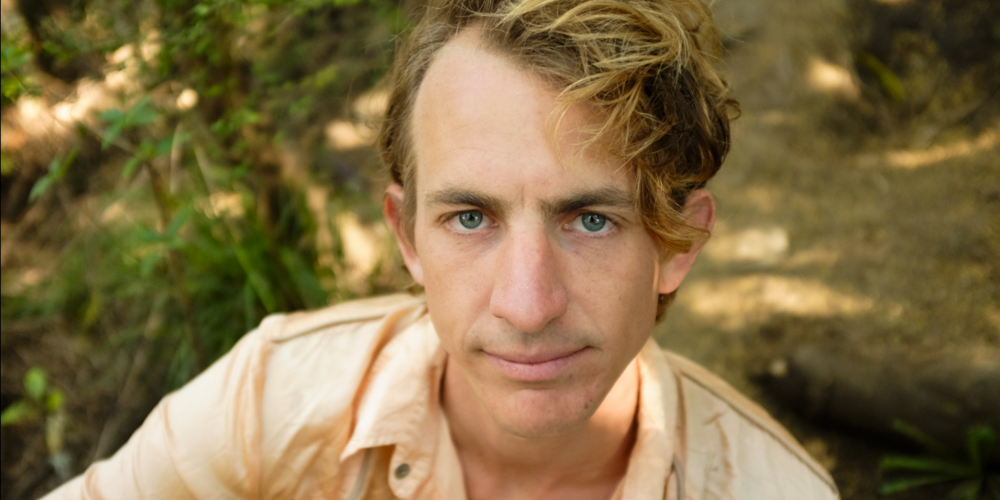 Looking to the past, following his fledgling years as a boy playing gut-bucket blues, manouche jazz, and western swing in bars and dance halls across Texas, he moved to NYC and released two solo EPs, Live from a Volcano (2013), and Heart Was Beat (2015). Shortly after moving to NYC, he met songwriter Adrianne Lenker, and after a year of fervent collaboration, they recorded two EPs, A-sides and B-sides (2014). The duo went on to circle the USA several times over in the orange velvet Van Bon Jovi, playing Appalachian school houses, Alabaman birthday BBQs, Arkansanian book fairs, Texan Star Parties, Massachusettsan cattle farms, Minnesotan fireworks displays, and so forth. From there they expanded into a four-piece outfit, Big Thief, and have since released two records, Masterpiece (2016) and Capacity (2017).

In the words of Mat Davidson (Twain):
“I’m going to tell you about Buck Meek the only way I know how. No bully here. I don’t take kindly to intruders, and in a such a devilish world as this, so full of trickery and illusion, you can bet your cannabis I take my sweet time to vet each and every guttersnipe that happens across my field of consciousness.

But it’s not every day that you find a 16th-generation Texan leaning on your banister and offering you a short-rib in the comfort of your very own home. How did he get there? I was alarmed. Yet, there was something unusual in his eyes… something you’re about as likely to stumble upon as you are a sleeping weasel. It was Trust. So, naturally, I invited myself into his traveling band and we hit the road.

I never had much use for friendship, but meeting a soul such as Mr. Meek gave me pause; he changed this old Buckskin – and I wager he’ll change you too.”