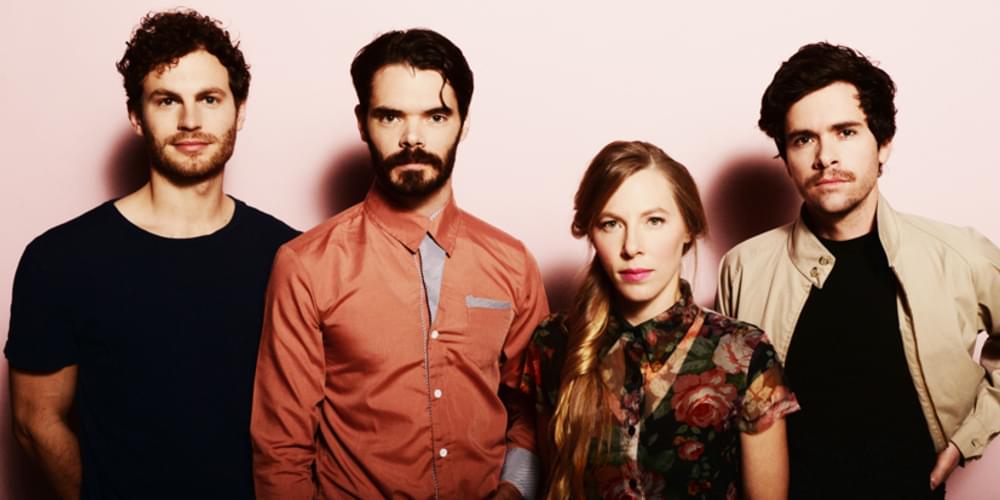 “We stopped clinging to our individual visions,” says Ryan O’Keefe. “All our songs and ideas got thrown into one pot from which anyone and everyone was free to draw.”

“Nobody felt as though they were compromising because it was all completely new and unexplored territory,” adds Daniel Shearin.

“We were mashing songs together,” says Halli Anderson. “We were co-writing choruses and trading verses and switching instruments.”

“There was an energy,” adds Alex McWalters. “And the songs just kept coming.”

When River Whyless set out to write We All The Light (out August 26th on Roll Call Records), its three original members – O’Keefe, Anderson and McWalters – were already accustomed to “collaborating” with each other. Collaboration is a word often used to glamorize a much less appealing process: compromise. By definition, compromise requires mutual concessions. It means one must listen at least as much as one speaks. It’s a give and take, a back and forth, an amendment of individual visions for the sake of something greater. With We All The Light, River Whyless bought into that process.

In O’Keefe and Anderson the Asheville, NC band already had two accomplished songwriters. In McWalters, an idiosyncratic percussionist. They were accustomed to the slog of progress, to the necessary but often arduous give and take that ensures only the very best ideas survive. But when Shearin joined the band in 2012, River Whyless acquired not only an accomplished bass player and multi-instrumentalist, but also a third singer/songwriter. The new dynamic added yet another strong personality to an already potent lot, and the result was a period of creative gestation wherein the band’s four distinct musical voices struggled to coalesce into a single vision. In short, River Whyless worked for three years to compile a couple albums’ worth of songs that everybody liked, but not everybody loved.

It wasn’t till the band decamped to Maine in the summer of 2015 that We All The Light began to take shape. Set up in a woodshed, the only objective was to start fresh. New songs, new ideas. The slate was clean, and their minds, coerced by creative desperation, were open. Every morning, before entering the woodshed, they helped Joe, their host, haul cedar logs across the property. Joe was building another shed. It seemed an apt metaphor. The logs were large, and it took four people to haul them, and the ground was uneven. But it wasn’t complicated, as long as there was communication. One log at a time, piece by piece. This made sense to them. There was a newfound clarity. Compromise developed into actual collaboration.

In an attempt to further explore the virtues of collaboration, the band enlisted, for the first time, an outside producer.

Enter Justin Ringle, a musician and producer who was, ironically, accustomed to running his own show. Having written and self-produced five successful albums as the lead singer/songwriter behind Horse Feathers, Ringle had every right to expect a certain level of autonomy while working on We All The Light. But what proved Ringle’s greatest asset, aside from the obvious musical prowess his resume displays, was not necessarily his ability to impose his own creative vision. Rather, it was his ability to listen, to adapt and improvise, to effectively apprehend the level of complexity with which a band comprised of three songwriters and one discriminating percussionist tends to express itself. Ringle, embracing the collaborative spirit, understood that his job involved as much emotional orchestration as it did musical. He recognized how much love the band members had for each other and for their craft, and how that love, more than anything else, was the band’s greatest weakness; how the care and concern, expressed in different ways, was the thing that so often impeded their progress.

Ringle and the band worked with engineer Kevin Ratterman (who also mixed the album) in La La Land, a studio in Louisville, KY, where the album’s sonic foundation was recorded to tape. Then the group decamped again, this time to Ringle’s home in Astoria, Oregon, where they built a studio in the living room. Here is where they explored what Ringle recognized as the band’s strongest common denominator: its growing interest in global music. At its core, We All The Light is still very much a folk album. The global music influence is subtle, but significant in that it ties the record together, if not sonically, then spiritually. Which is not to say We All The Light is a religious album. It’s not that explicit. But it was music created outside the United States—of Africa and India and Asia—that inspired the band to experiment, to explore, and, most importantly, to have some fun. In “Kalangala,” for example, a track that includes tabla and kalimba, the band’s three songwriters sing in unison: “Here we are unbound,” a line that seems an apt encapsulation of the album’s musical and emotional attitude.

With three superlative singers and songwriters in O’Keefe, Anderson and Shearin, River Whyless consciously worked to blur the designation of a lead singer on We All The Light, deftly blending the three voices throughout the record. The trio’s vocals intertwine and layer together with gorgeous harmonies, rarely working alone. The vocal synergy is in many ways another instrument on We All The Light, adding additional colors and textures to the sonically adventurous mix.