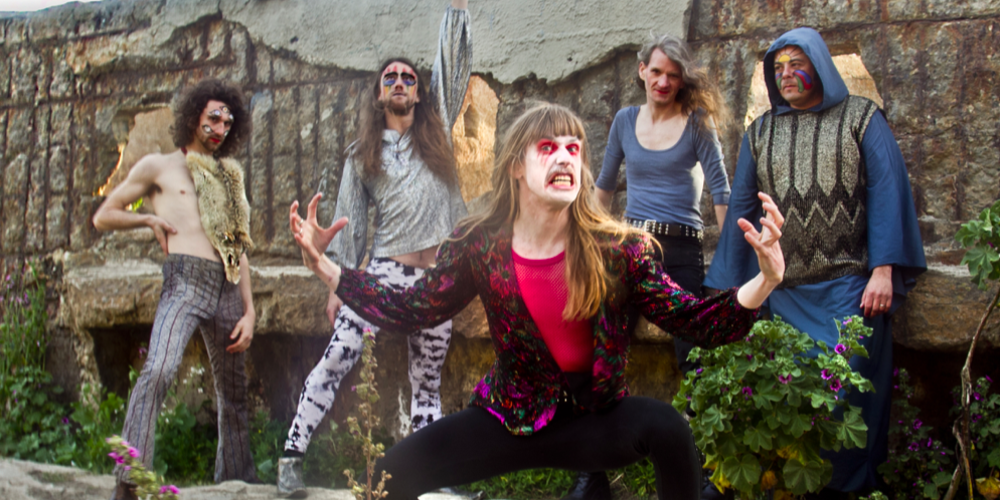 After two years spent suffering from Spinal Tap syndrome, Stonehenge relocated to SF and started over with an all new Wizard lineup. They are slowly conquering the world.

Once, there was darkness on the face of the earth.
And the people were in chains, mind forg’d chains, chains of the patriarchy.
And they did follow the rule.
And the sky was darkened and the Mother Earth was silently weeping.
And her frustration grew, as she watched her daughters in their suppression.
Until she could take it no more.
And with her green electrity of wildness
threw a line to a piano
And a drumkit
A guitar
And from out of the darkness, came a crack
A holy crack, through which the light began to flood
A light of wonder and mystery,
Wild inspiration from the soul of the female and the soul of the earth
And she brought her inspiration to all of those that sought her holy truths
And through disguise and ritual and rhythm and chaos, they found their way to her temple
And screamed her praise to the gathered masses
BEHOLD! I give you THE WAY
BEHOLD! I give you…. THE FEMINISTS!!!