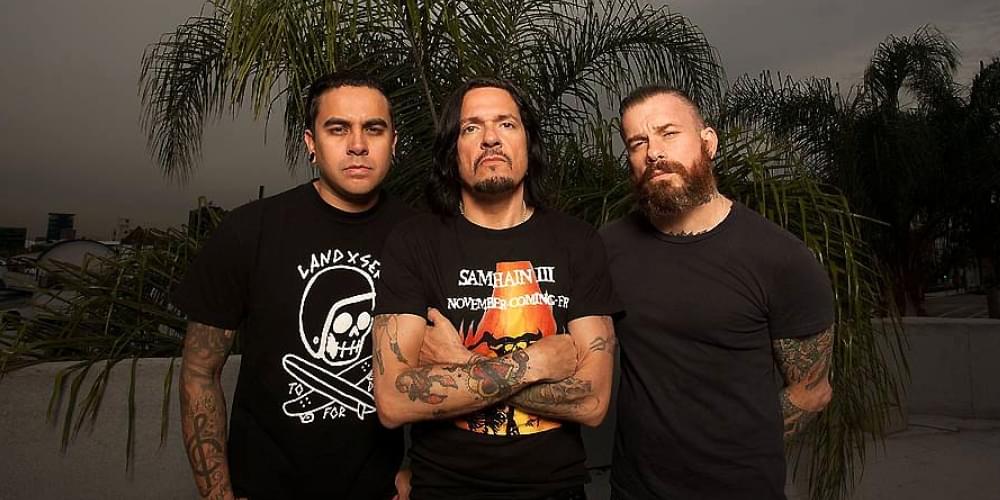 By the time PRONG had signed to Epic Records in 1989, the New York City post-metal triumvirate had already accomplished a lot. The band, formed by guitarist and vocalist Tommy Victor, sound-man at the legendary club CBGB’s along with the club’s doorman Mike Kirkland and ex-Swans drummer Ted Parsons had already released two independent records: the Primitive Origins EP (1987) and Force Fed (1988).

A show at the old Ritz in New York with New York hardcore legends Cro-Mags and German thrashers Destruction was what sealed a deal with Epic Records. “Signing with a major label was very much a matter of survival,” Victor explained to Britain’s Kerrang! magazine in 1990. “We aren’t high school kids living with our parents.” Survive and thrive was more like it for PRONG. 1990’s Beg To Differ became an instant genre classic. Songs like the epic title track or the tightly disciplined and sonically dynamic “Lost and Found” further carved out the band’s innovative deconstruction of metal’s excesses.

“We never saw ourselves as just a metal band,” stated Victor. “Our riffs, lyrics and ideas were minimal but conveyed everything we felt and everything we saw going on around us living in New York City in the 80’s. A lot of what I had to say was pretty reactionary. Disneyland hadn’t moved in yet.”

Over the course of their next three major label releases: Prove You Wrong, (1991) Cleansing (1994) and Rude Awakening (1996), PRONG charted an innovative course. It was actually the Whose Fist Is This Anyway?-EP that ushered in PRONG’s best-known era. The EP was comprised of five remixes from the Prove You Wrong album: introducing a heavier groove and experiments in electronics that gave rise to PRONG’s best known and best selling work: Cleansing.

“We saw where we felt things in metal and hardcore could go and we rolled the dice a bit,” says Tommy of the band’s watershed release.

With keyboardist John Bechdel and former Killing Joke bassist Paul Raven, Cleansing cemented PRONG’s position as a mainstream metal mainstay. The album’s single “Snap Your Fingers Snap Your Neck” has been up there in the top 100 riffs ever in Kerrang! After years of toiling on the fringes – propelled by touring with the likes of White Zombie and Pantera - PRONG had arrived.

Rude Awakening was a natural follow-up. Informed by classic post-punk influences like Killing Joke and like-minded Brits Head of David, it showcased PRONG’s continued move into more industrial territory. From the jarring lead song “Controller” to the sweeping chords of the title track, it was PRONG’s most mature and fulfilled work to date. It was also to be PRONG’s last for Epic. The band and label parted ways just weeks after the album’s release.

The history of PRONG has cast a long shadow - bands like Korn, Slipknot and Nine Inch Nails openly acknowledge their influence.