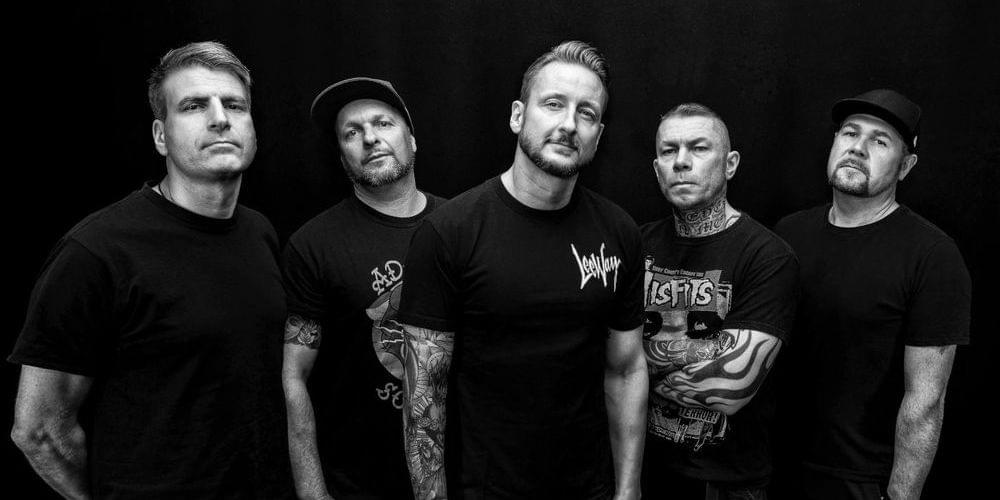 Back in 1992 a couple of kids, who had been part of the scene since the mid-80s, decided to start a band under the moniker RYKER´S. At the time, nobody would have been able to guess that this head-stomping outfit would soon be placed at the very top of the European hardcore scene within a couple of years. During the 90s, RYKER´S had inherited a prominent status which was, up until this point, only achieved by US hardcore acts.
They are an established and familiar name amongst the scene’s followers and the amount of people wearing their shirts with pride are achieving true legion status. The success of this Kassel / Germany-based outfit does not only have to deal with the obvious hit-potential amongst their discography, but also the incredible intensity they expel in a live setting.
These high-energy shows have without doubt paved the way for RYKER´S successful career in Germany and there have already been several American acts which got to experience the fear of being „supported“ by them in a live situation, getting blown away in fact. RYKER´S have always presented their hyper-aggressive hardcore with a fair dose of technical wit, groove and brilliant riffing. On top of that, they dominate the art of changing velocities during their songs without destroying their pounding intention. The intelligent, slowed-down rhythms which suddenly explode into speed-massacres are one of RYKER´S outstanding trademarks allowing them to have a very unique style all their own.

After their long awaited return to the stages in back 2008 the band had to face reality in form of an unforeseen stroke of faith which almost caused the final breakdown of the band.

In 2012 RYKER´S got back together in order to prepare for their 20th anniversary show at Germany’s legendary With Full Force Festival.

With two newly added members the band felt reborn and started writing new material (as they said: ‘just for the fun of it’).