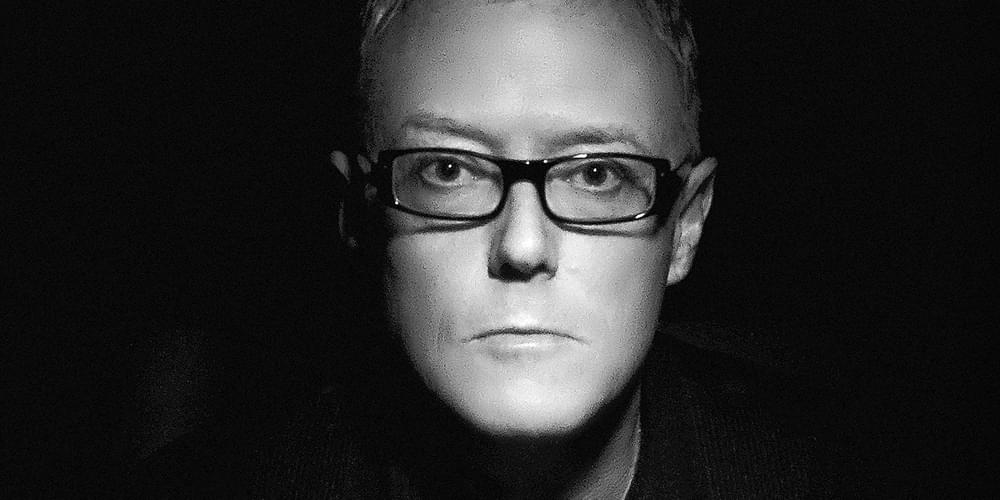 A founder member of one of the most influential bands since The Velvet Underground; namely BAUHAUS. Bauhaus spearheaded the post-punk Alternative music scene of the early ‘80’s with a string of innovative albums and singles, including, for many, perhaps their defining moment, a song that is ranked as a classic and feasibly the pinnacle of the entire Gothic scene and beyond, the nine minute plus epic slab of industrial dub that is 'Bela Lugosi’s Dead', featuring the lyrics of David J. Check out the astonishing opening scenes of Tony Scott’s stylish Vampire flick 'The Hunger' to witness Bauhaus in all their dark glory, performing that very song whilst David Bowie and Catherine Deneuve stalk the disco for new flesh. Appearances on TV shows such as Top Of The Pops, The Old Grey Whistle Test and Riverside coupled with an electrifying live show propelled Bauhaus to the upper reaches of the UK charts before reaching their zenith in the summer of ’83 and imploding, shattering into fragments of individual talent. It was that implosion that inadvertently gave rise to David's long and varied solo career. He was the first of the four members of Bauhaus to actively make that tentative step outside of the comfort zone of his original band by forming an unusual alliance with poet / painter, Rene Halkett, an original member of the very movement from which the band took it's name, fusing poetry with music for the 'Nothing' /'Armour' single which was released on the 4AD label in 1981. A second collaboration in ‘84, with graphic novelist and highly acclaimed author Alan Moore entitled 'V For Vendetta' resulted in a now much sought after 12” E.P. A big screen adaptation of Moore’s graphic novel, adopting the same title, was one of the blockbusters of 2005.

David's debut solo album, 'Etiquette of Violence' was released in 1983, and was followed two years later by 'Crocodile Tears and The Velvet Cosh'. Both albums being exemplary of his burgeoning talent asa songwriter. Next came a brief stint producing and playing bass with another underrated songwriting great, Pat Fish AKA The Jazz Butcher. This pairing producing two excellent albums. David then regrouped with two of his former Bauhaus band mates, guitarist, Daniel Ash and drummer, Kevin Haskins to form the hugely successful Love And Rockets, whose debut single hit gold status in Canada, followed by a top three US single with 'So Alive' which the band capped with a million selling album and sold out stadium tours.
A self-imposed hiatus meant that David could now resume his on/off solo career. The heartfelt and intimate 'Songs From Another Season' and the sophisticated 'Urban Urbane' being the result. The former producing the first single to top the newly forged US Alternative Charts, namely, 'I'll Be You Chauffeur'.

Solo endeavors were once again put on hold in ’98 when Bauhaus was gloriously resurrected, initially three dates were booked at the Hollywood Palladium in Los Angeles, such was the demand for tickets however that all three shows sold out in fifteen minutes! The success of these initial dates ultimately led a full blown world tour. 2003 saw the release of another solo album, the achingly beautiful and poignant, 'Estranged'. Then came a second rebirth of Bauhaus which resulted from a spectacular appearance at Palm Springs’ Coachella Festival in 2005 where a memorable inverted 'hanging man' stage entrance by vocalist Peter Murphy ensured their performance was not only heralded as the event of the festival but would forever be included as a stand out in it's annals .

A highly acclaimed songwriter, often personal, often observational but not without flashes of influence from the dark underside of both theatre and literature – David has exquisitely captured incisive portraits of artists such as Jack Kerouac, Joe Orton, Antonin Artaud and more recently Elliot Smith, Jeff Buckley, Spalding Gray and Hank Williams. 2011’s 'Not Long For This World' album, featured a set pertaining to the subject of mortality and achieved high critical acclaim. In between his own works, guest appearances and production duties, David has also written and directed various stage productions including the spectacular multi-media staging of 'Silver For Gold' (The Odyssey Of Edie Sedgwick) which originally went up at the Met Theatre in Hollywood in 2008 and was then re-staged three years later at the celebrated REDCAT also in LA.

David J’s last solo record, 'An Eclipse of Ships’ ( which he describes as: “. . . essentially a journal of the heart and a paean to Woman as muse.” ) was released in 2014 and has become a favorite amongst fans and journalists alike. This was followed by an ambitious project in 2016 which saw J (under the pseudonym of M. C. Nightshade, collaborating with a twelve piece jazz band, The Theatre Bizarre Orchestra based in Detroit. The vinyl only album, ‘Carpe Noctem’ has been described as a truly unique and remarkable recording, imagine, if you will, a character infused with great spirit of the Weimar Republic’s Kurt Weill blended with a haunted Tom Waits having a nervous breakdown reconciling the sounds of New Orleans haunted by the gothic pitches of Northampton encased in the broken mirror dark carny mythology of Detroit’s annual interactive art exhibition known as Theatre Bizarre.

‘Vagabond Songs' is David J's ninth studio album and features a disarmingly charming and heart felt collection of acoustic songs written on the road and inspired by people and places encountered by the artist as he ventured on his ramblin' vagabond way. The double vinyl album includes the hit single, 'The Day That David Bowie Died' as well as a radical reworking of the Love and Rockets' classic, 'The Dog End of a Day Gone By'. David will be undertaking an international tour in support of this latest project.