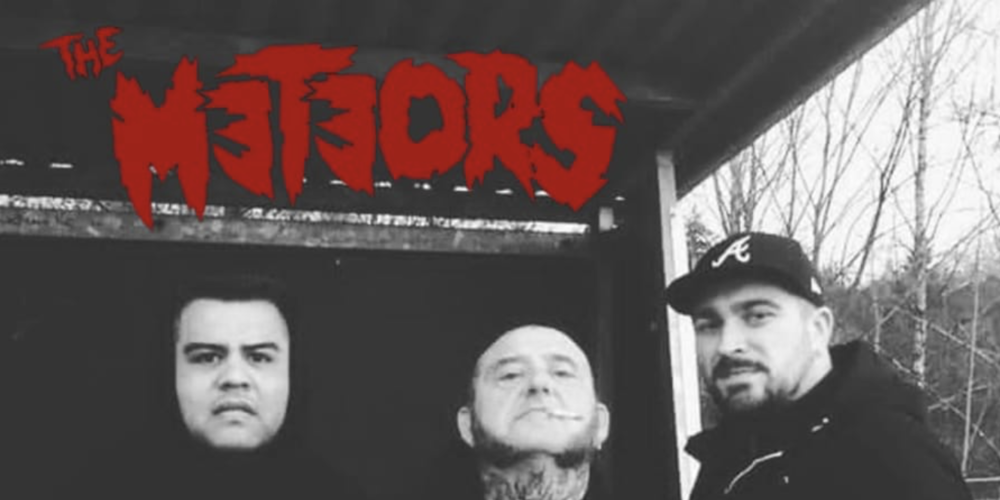 The Meteors aka „The Kings Of Psychobilly“ were formed in 1980 by P. Paul Fenech (guitar and vocals), Nigel Lewis (upright bass/electric bass and vocals), and Mark Robertson (drums). Fenech and Lewis had played in rockabilly bands before, but left their former band, Raw Deal, in order to experiment with a new sound that mixed horror and science fiction lyrics with a punk rock / rockabilly crossover (as distinct from the slower, psychedelic rockabilly sound of the Cramps). This sound would later be called psychobilly. What made them unique was that Fenech and Lewis each sang lead vocals on their own tracks.

The Meteors played their first show during Rockabilly Night at The Sparrow Hawk in north London, but, after being heckled due to their cross between rockabilly and punk attitudes, decided to begin playing shows beyond just rockabilly clubs. They developed a loyal following known as "the Crazies" or "Zorchmen", who invented their own dance style then called "going mental," a cross between fighting, dancing, and moshing. This would later be renamed "wrecking," and is still a staple of the psychobilly scene. This, coupled with Fenech's ritual of spitting (chicken) blood during performances, led many clubs into believing the band was dangerous and refusing to book them. The band began playing at punk rock clubs alongside UK punk bands such as The Clash, The Damned, and later Anti-Nowhere League and the UK Subs. However, unlike many punk bands, The Meteors would (and still very much do) insist that their shows be "a politics and religion free zone" in order to focus on having a good time instead of allowing disputes between fans to break out.

The Meteors have 25 official albums, countless singles, and numerous re-issues and compilation appearances. They continue to record using their own In Heaven recording studios, based in an old church—Fenech is a fully qualified sound engineer and producer—and also Maddog Studios (a 58-metre-high (190 ft) tower in Germany), both professional studios used by many bands from around the world. The Meteors have extensively toured Japan, Europe and Scandinavia, South America, US, and Canada. They have completed well over 5500 live shows (many times two or three performances per night, such as the OTMAPP Festivals).