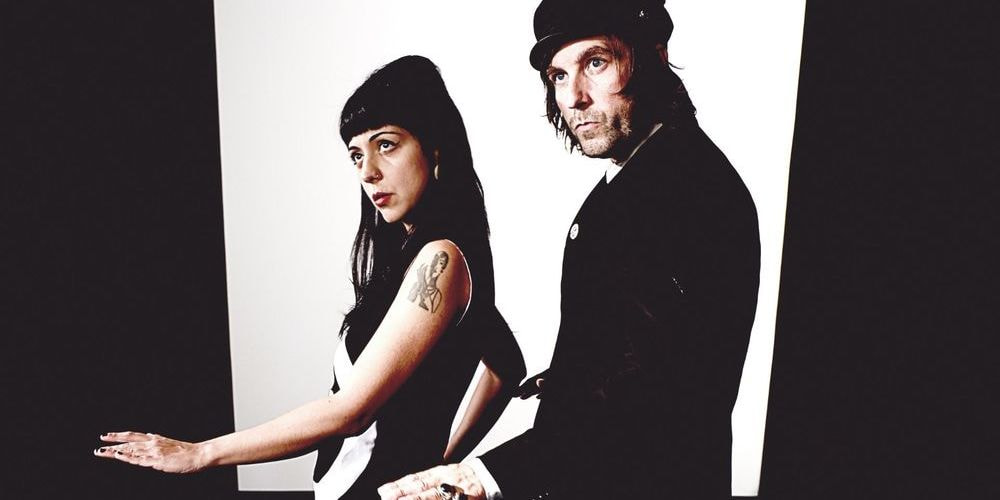 The Courettes is an explosive rock duo from Denmark and Brazil who found the perfect blend between garage rock, 60s Girl Group, Wall of Sound, surf music and doo wop. Like The Ronettes meet The Ramones at a wild party at Gold Star Studios echo chamber. Praised by the biggest music magazines around the world, in 2020 the band signed with legendary British label Damaged Goods, putting them on the same roster as top international rock icons like Buzzcocks, Manic Street Preaches, Atari Teenage Riot, New Bomb Turks, Amyl and the Sniffers, Billy Childish, Captain Sensible and many others. Their last and third album, “Back in Mono” was released in the Fall 2021 and is a truly milestone in the career. The album brings the band in top form, showing great songwriting skills and with broader nuances, influences and sound qualities to their garage rock recipe. Their last singles, “Want You! Like a Cigarette”, “Hop The Twig” and “R.I.N.G.O.” all got airplay at BBC 6 Radio in England and radio stations in Europe and the USA. “Back in Mono” got top reviews in the main music magazines like Mojo, Classic Rock and Shindig and was featured in countless Best Albums of 2021 lists: